We fell in love with St Louis. So much so that by the time our two nights there were over we practically had to be dragged away kicking and screaming to Dakar.

I’m not sure it was St Louis itself that we fell in love with so much as it was our campsite, Zebra Bar. Zebra Bar came to us at just the right time. We’d been bush camping throughout the whole Western Sahara, then hit with the heat and dust and chaos of Mauritania – tempers were starting to fray and people really just needed a place to unwind. Enter Zebra Bar, our first real campsite geared towards overlanders. It was right on the river with its own private beach and jetty, a bar stocked with cold (that’s right, cold) beer, hammocks, flushing toilets in which you could actually flush your toilet paper, windsurfing, and occasionally hot showers. In short, luxury.

St Louis itself has a real old world charm about it. We took local taxis into town to see what it had to offer and spent the day wandering the local food markets, helping the cook group buy food for dinner, and seeking out every last jar of Nutella that St Louis had for sale.

Nutella’s becoming a real truck addiction – one of our girls, Jyoti, bought the last jar in one of the stores, but we must have looked so desperate that the shop owner threw on some sneakers and went running through the markets to try and find us some more. As I write this, myself and Jyoti have a bet going with the rest of the truck that we can go one week without Nutella. Day 3 and we’re already struggling!

In addition to satisfying our Nutella cravings, most of us also kitted ourselves out in the famous “Africa pants”, which are now pretty much compulsory attire for all truck parties. Africa pants are EVERYWHERE in Senegal. In fact I’m sure they’re the foundation of the entire Senegalese economy – elasticised, loose, and available in every tacky Africa print possible. They’re amazing. Plus they’re so cheap we’re considering just purchasing a couple of new pairs every week and not bothering with washing our clothes. We joke about it, but give us another week of bush camping and I think it will become a reality.

It was a tough goodbye to Zebra Bar on our final morning. Everyone was feeling so relaxed. But the big city of Dakar was waiting for us, we had more visa runs to make, and a mission of a drive ahead to get to Sierra Leone in time for Christmas. So onwards we roll! 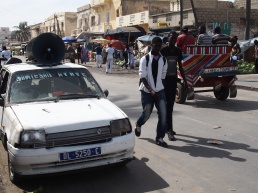 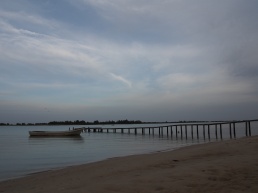 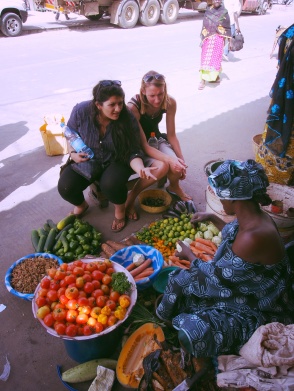 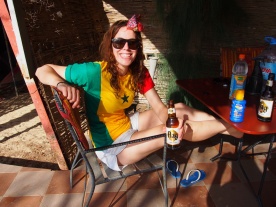